The Komodos Rugby Football Club has experienced more than its fair share of anguish, suffering and loss. For those joining the Komodos over the years since October 12, 2002, the Club's past takes a moment to sink in. Older members, close to the club still, remain reluctant to open up about their experiences.

The black armbands on our Jerseys, the date below our crest are our reminders. Six members of the Komodos Rugby Football Club lost their lives in the Bali bombings by being in the wrong place at the wrong time. They were on the resort island to play Rugby – the most inclusive of sports – and were taken from their families and friends by those who wanted only to divide. But the horrific events of October 12 would not be the last time that tragedy would strike at the heart of the club. The 2014/2015 season saw the untimely passing of two club stalwarts. Below is a testimony to our fallen friends, written by those who knew them. May their memories never fade. 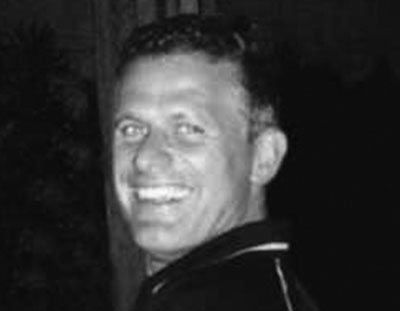 Canadian Merv Popadynec was an engineer working for PetroChina as a facility construction manager. 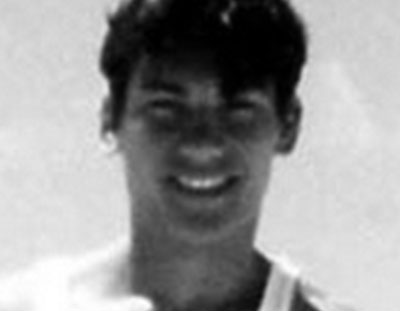 Rob Thwaites, just 24 when he was taken from us in the Bali bombing. 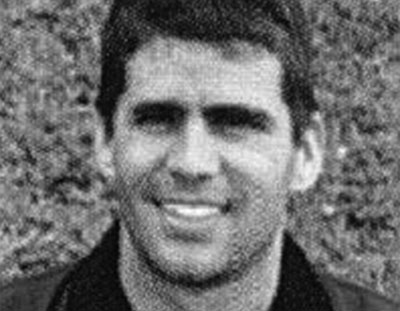 Jamie was one of the Komodos’ longest serving players, recognised for his skill, approach to the game and his sportsmanship. 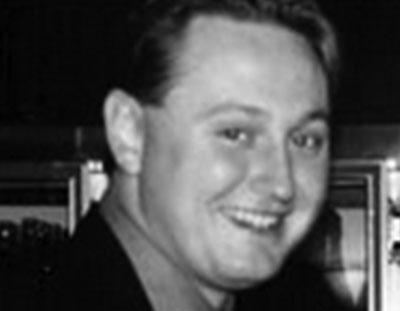 Another youngster with his life ahead of him, Nathan Swain worked for Swire Shipping as the Owner’s Representative in Indonesia. 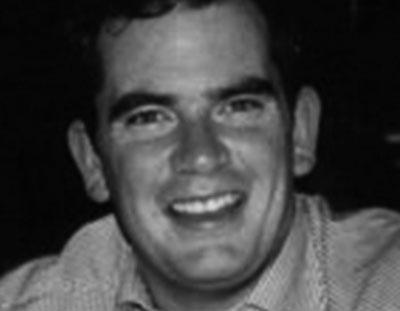 Ben Roberts was the operations manager for International SOS. 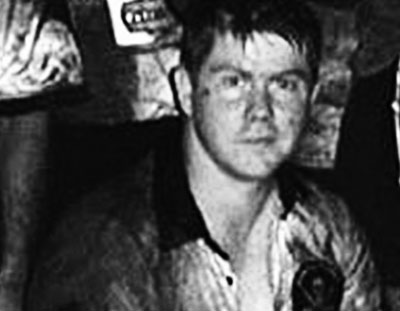 Scott Lysaght, a native Australian, was business development manager for oil and gas at International SOS. 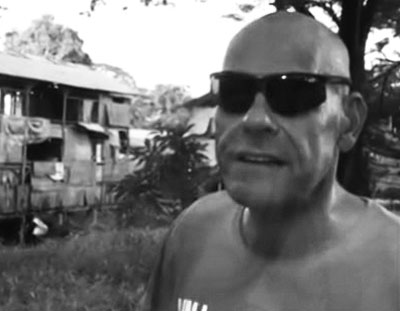 He sadly passed away near the Komodo grounds on a training run on Sept. 20, 2014. 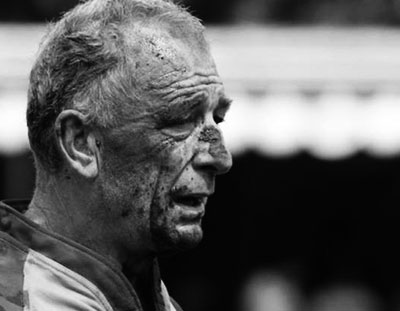 At the age of just 67, long-time club supporter and fitness enthusiast Alan Nye passed away following a short battle with a bacterial infection.

Memoirs of the “Water Boy” by Samuel Humphrey

The political turmoil that rocked The Republic of Indonesia in May 1998 saw many expatriates make a mass and hasty exodus from the country.

The rapidly changing times left a stain on society in general and the day-to-day life that rippled through every Indonesian (and expatriate), whether it was the elite and powerful, the middle class or right through to the impoverished locals.

The expats that decided to stay had the opportunity to watch history unfold over the coming years into the new modern Indonesia that we know today.

The International Sports Club of Indonesia (ISCI), prior to May 1998 was a thriving sports and recreation hub for expatriates to relax in tranquil sprawling gardens and comfortable facilities.

With an extensive membership base (from memory 1,500-plus), expats and local alike enjoyed the facilities, which included a 25-meter swimming pool, tennis, badminton and squash courts, sailing, golf, soccer and rugby, and also thriving restaurant and bar facilities.

However, with the exodus of expats in 1988 the club membership dropped from its highs of 1500-plus to as few as 150 stalwart members in less than six months. The remaining members continued to enjoy the facilities, however competitions between the accomplished ISCI sports teams and other Jakarta-based sports teams dropped out of existence for all of the relevant sporting sections.

Over the next couple of years ISCI struggled to survive financially, and I was appointed General Manager in 2000 and tasked to bring back the former ISCI glory days, (a daunting and un-enviable task). However the subcommittees of all sporting sections were enthusiastic and slowly the soccer, squash, badminton, tennis, and swimming sections started to see a steady increase in memberships.

As GM I was obviously interested in the success of all sporting sections, however I could not help myself being more involved in the rugby section. Although rugby is not my preferred sport (I am an Australian Rules man) I was driven by the camaraderie of the 10 or so remaining registered rugby section players that would turn up twice a week to practice and then sit around drinking for hours on end.

Within these 10 players there were several natural-born leaders driven by the desire to bring the ISCI rugby team back to its former glory days more rapidly than any of the other ISCI sporting sections.

There were many nights in the 2000s when only five or six players turned up for training, however even with those “few players” the beers flowed into the wee hours of the morning with “ad-hoc” discussions, and the only “Minutes of Meetings” were the notes being made on the back of Bintang beer coasters, but a strategic plan was starting to make some sort of sense.

It was in this bar in 2000 that the few remaining rugby players formed the Jakarta Komodos, and with the playing numbers gradually increasing the notes on the beer coasters that formed the strategic plan were developed into a plan of reality - to bring back its glory days quicker than any other ISCI sports section committee.

The Jakarta Komodos grew during the period of 2000 – 2001 to a playing list of 20-30, and by 2002 the number was nearing 40 players. This was a testament to the original core group of 10 players who continued to push forward with sheer persistence.

Word spread around the Southeast Asian rugby fraternity that ISCI rugby was back, and during 2001 visiting teams from Singapore, Bali and Irian Jaya ventured back to the sacred grounds of ISCI. It was during these visits that the seeds were set for the 2002 Jakarta 10’s to be played again after a hiatus of nearly five years.

A growing list of ISCI players assisted in many facets to help develop the 2002 Jakarta 10’s and the date was set for mid-2002. This also acted as a prelude to gauge where the Komodos skill level was at in preparation for the highly anticipated Bali 10’s, slated for October 12th and 13th 2002.

The 2002 Jakarta 10’s was every bit a success that the Komodos could ever have hoped for, with seven international teams and two Komodos teams taking part. Not only was the rugby event a great success, the after-match party around the ISCI pool will be remembered for something very special that only those attending are privy to.

The Komodo’s became the envy of every ISCI sports section and kudos to the gentlemen of the team that pulled together this amazing event of after a five-year hiatus. Planning for the 2003 Jakarta 10’s started immediately after the first training session after the 2002 tournament.

Training sessions were by now revolving around preparation for the October 12th and 13th Bali 10’s just a couple of months later, and by this stage on good night some 30-plus players would turn up for the training. Once again the pitch was being ripped to shreds and the soccer section tried their hardest to intervene, but without out success.

In the week leading up to the Bali trip the air tickets were booked, accommodation sorted and the anticipation grew. As recognition of my services to the team I was nominated as the unofficial team manager, Water Boy and a bar manager who gave away too many free Bintangs.

As GM biased to one specific ISCI sports section I was given complimentary air ticket/accommodation to Bali, however I did not make it as far as Jakarta airport due to family commitments on the day of departure.

The final training session on Tuesday 8th October featured a light run and concluding with up to 40 players packed into the rugby bar. By sheer coincidence a squash pennant match was taking place at the same time and glaring disgust at the raucous behavior of a very excited rugby team in final preparations for Bali was generated from the courts below.

With the utmost respect to the leaders from 2000 - 2002 and the Komodos Team of 2002, what happened on the weekend of the 12th and 13th of October and the preceding period is not something I am willing to share.

The legacy of the six loved teammates that we lost forever on the 12th of October 2002 and the 15-plus that survived with extreme physical and mental scars that will never heal and is still hard to comprehend.

The “unofficial strategic planning” was to no avail. The Jakarta Komodos in 2021, now with 150-plus players on the register is a testament to the lads from the era of 2000-2002.

For the players from the 2000-2002 era that may read this, I have tried to stay as factual as I can and as I can recall, and I have purposely not made note of any specific names. (if my facts are not right, I sincerely apologise). It has taken 19 years for me to be able to open up and if you would like to make contact with me please do so through Agus Djamhoer Chairman - Perkumpulan Jakarta Komodos Rugby Football Club