A massive marquee. Food for 100 people for two days and a night. Eighty junior rugby players. Thirty parents. Twenty coaches, four of whom were flown in from as far away as Scotland and Australia. Forty-eight hours set aside for junior rugby development in Indonesia. A celebration of the game played in heaven. What could possibly go wrong?

Heaven for a start. After just three hours of rugby training, the skies opened, unleashing a storm of biblical proportions. Six months of planning by the Jakarta Komodos Junior Rugby Club (JKJRC) was literally washed away as tents were blown across raging torrents of water that were once rugby fields.

Huddled in the still-standing central marquee, the situation deteriorated further as the relentless winds opened gaping holes through which the tropical rains were able to penetrate, covering the ground in water. And then the lightning storm hit.

Given the imminent danger, the decision was made to abandon camp, with dozens of children and parents braving the elements and forging streams to make the comparative safety of the nearby Lodge.

Needless to say, the day’s activities and overnight camp were promptly cancelled.

Once the storm cleared, however, the junior rugby players made the most of the opportunity for an early swim, playing what is believed to be Indonesia’s, and possibly Southeast Asia’s, first ever game of underwater rugby.

Not to be outdone, coaches and parents utilised tackle bags to form a two-stage waterslide from the top field to the bottom, much to the delight of all involved.

“Yes, it was pretty much the definition of a ‘wash-out,’ said JKJR chairman Jess Djamhoer. “Even by Jakarta standards, this was a pretty severe, localised flooding event.”

Jess said she was delighted by the response of the parents, players and coaches, including four members of the Penguin International Coaching Academy who had flown to Indonesia to participate in the Jakarta rugby clinic.

“We reconvened early on Sunday and were able to complete a number of important coaching clinics, and were able to hold our BBQ for lunch that day,” she said. “It would have been easy to call things off after the trauma of the previous day, but that’s not the way our club rolls.”

Cameron Bates, coach of the JKJR Under 8s, said the clinic was invaluable for the younger players who rarely had the opportunity to play competitive matches.

“The Penguins were supurb and provided our players with great technical coaching as well as providing them with an increased awareness about general play,” Cameron said. “Aspects of rugby that are hard to teach when you aren’t playing the game every week, such as field positioning and support.”

Agus Djamhoer, who coordinates the Komodos’ community outreach programme that delivers rugby to marginalised local communities, said it was “incredible to see” the younger players, including the local Kranggan players, begin to string together four or five phases of play.

“If our age-group rugby players can continue this rapid improvement, we will continue to see greater and greater performances abroad,” he said, “beginning with Singapore in December.”

The Komodos have performed well in recent international tournaments, and are committed to developing grass-roots rugby in Indonesia. The club sponsors a team comprising young women from the Mama Sayang Orphanage. The club recently selected two young Komodos from Kranggan to join them on the Singapore tour. 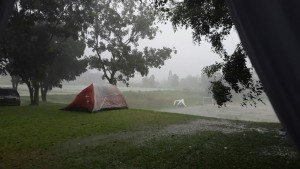 Calls for Expressions of Interest in Proposed Junior Rugby Tournament in Bali, Indonesia, in March, 2017